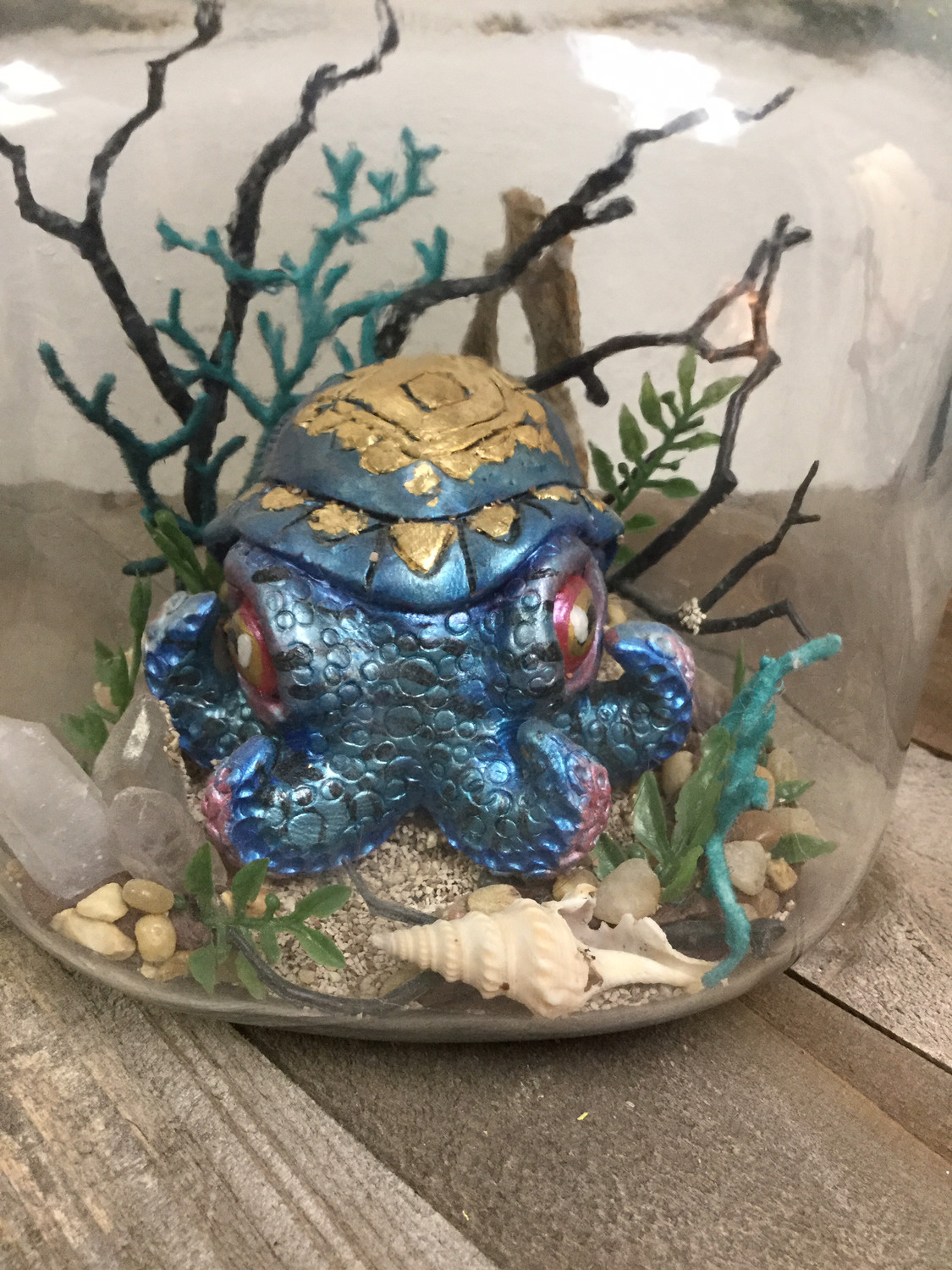 Up for adoption is this GORGEOUS Caribbean Kraken! Caribbean Kraken are identified easily by the vibrant color and striped pattern on their tentacles. Caribbean Kraken are the most common Kraken that one might encounter, they are known to get up to sizes as large as four ships, and are well known for sinking pirate ships in the late 1550’s. Since then the wizard of council for Kraken control has addressed this issue and has begun maintaining the kraken population of the Caribbean. This one specifically has been given to us by the council to find a new home, an anti growing potion is added to the water to insure the little one can not out grow his jar. Each Kraken is hand sculpted and painted with acrylic paints, before being finished off with real gold leaf! The jars also feature a variety of silk plants, shells, rocks, and even real crystal points!