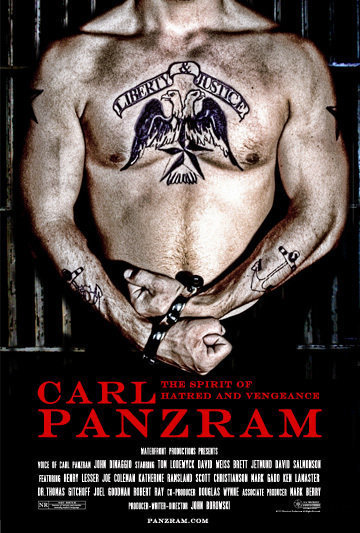 Carl Panzram - The Spirit of Hatred and Vengeance

"Carl Panzram: The Spirit of Hatred and Revenge" examines the life of serial killer and rapist Carl Panzram who lived from 1891 to 1930. It examines how his life hardened him into a psychotic murderer. It also examines how a prison guard Henry Lesser forged a friendship with him and encouraged him to write an autobiography.

Serial killer, Carl Panzram befriends Henry Lesser, a young jail guard at the Washington DC jail in 1928. After hearing of Panzram's torture, Lesser sends Panzram one dollar and convinces the killer to write his autobiography while secretly supplying him with pencil and paper. Panzram writes over 40,000 words documenting his entire life of and incarceration, torture, rape, and murder.