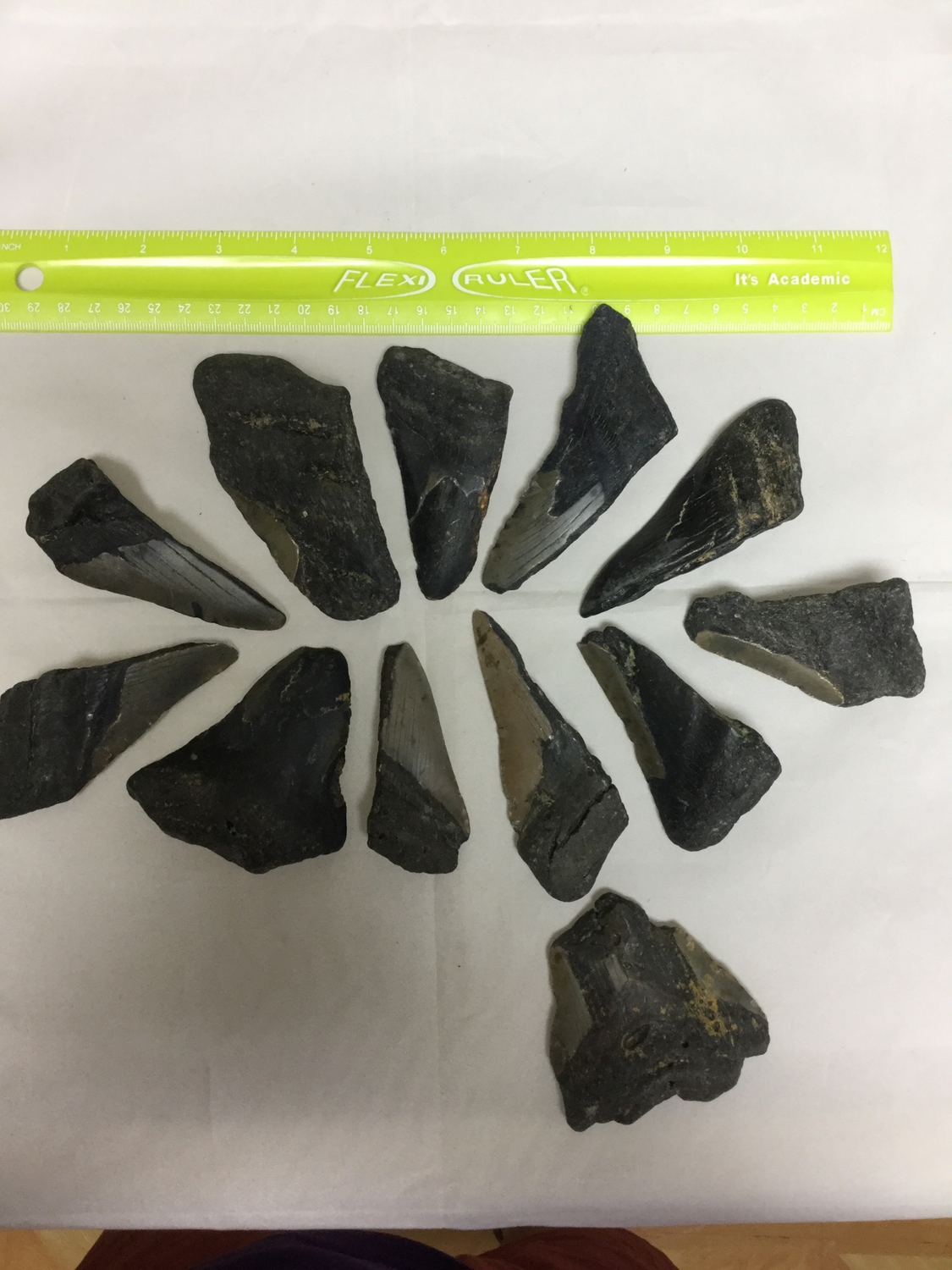 This listing is for one partial megalodon fossilized shark tooth, the photo shows teeth that will be like the one you will recieve.

70 million to 10 million years ago, the wonder known as the megalodon shark ruled the warm waters of Earth. Based on what researchers have discovered, the megalodon had many physical and behavioral similarities to the great white shark; however, one of the main differences between the two was that the megalodon was substantially more menacing and intimidating. The average great white can be anywhere from 15 to over 20 feet (4 to over 6 m) long. Yes these lengths are pretty impressive, but it does not even compare to the megalodon shark. The exact lengths of these ancient sharks are still in discussion, however, we do know that the megalodon was approximately 40 to 70 feet (12 to 21m) long! They are also known as the “megatooth” shark and was the largest carnivorous fish that has ever existed on Mother Earth.